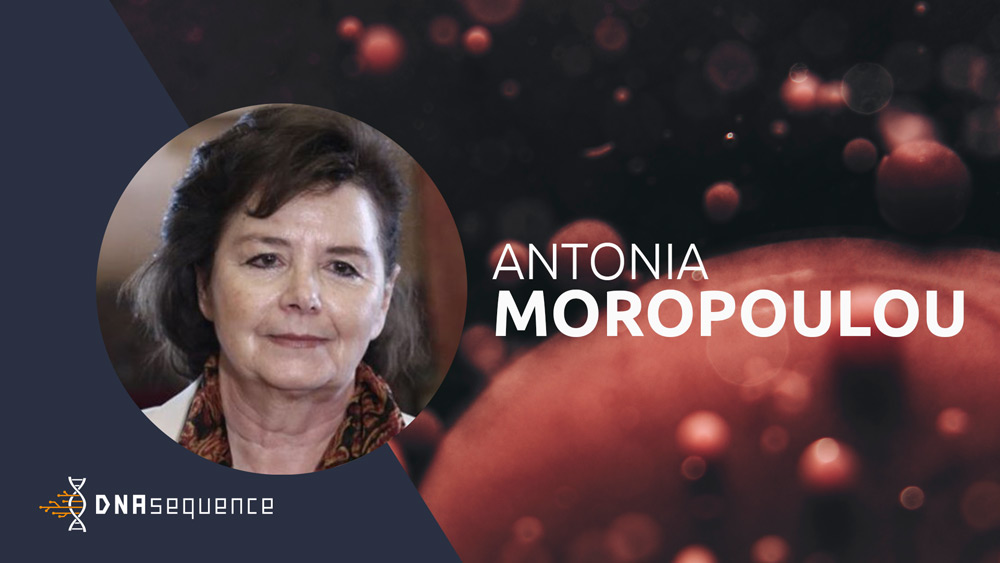 DNASequence SRL is pleased to announce the scientific collaboration with Prof. Antonia Moropoulou, in the subject of MBE Microbiology of Built Environment. The study of communities of microorganisms found in human constructed environment becomes a unique tool that gives valuable insights for the stakeholders and professionals towards sustainable preservation of architectural heritage, built environment and civil infrastructures: either in soil grounds of Hellinikon to allocate deposition of debris in order not to transfer contamination, or as the impact microbial footprint of civil infrastructures to their decay and pathology, as well as for decision making of proper materials and conservation interventions on historic structures experiencing severe thermohydric (Museum of Patriarchate in Alexandria) or other environmental stresses like salt spray in Aegean Islands et al. This approach permits the redesigning of built environment, civil infrastructures, traditional settlements and cities. Assorted applications concern water quality control and water treatment like in Nile River or in Aegean islands, in cooperation with the interdisciplinary Civil Engineering School (Ass. Prof. Symeon Malamis).

CV Moropoulou Antonia
Antonia Moropoulou, is currently Professor at the School of Chemical Engineering of the National Technical University of Athens and member of the Executive Committee of the Technical Chamber of Greece. She is a Chemical Engineer, PhD, and Director of the Laboratory of Materials Science and Engineering. She is Studies Director of the NTUA Master Program “Protection of Monuments’ – Direction “Materials and Conservation Interventions”. She was elected as Contracted Professor in Instituto Universitario di Architectura a Venezia, University of Venice (1993) – and as Visiting Professor at Princeton University – Civil and Environmental Engineering (1995-1996). She has served as Vice Rector of Academic Affairs of NTUA (2010-2014), Vice President of the Administrative Council of the European Society for Engineering Education SEFI (2013-2016) and President of the General Assembly of the Technical Chamber of Greece (2017-2019). She is a world class expert in building materials and the preservation of monuments that comprise the World’s Cultural Heritage in collaboration with UN, UNESCO, OECD, and EU. She has worked on restoration  projects in Hagia Sophia in Istanbul, the Holy Sepulchre in Jerusalem, the Venetian Fortresses of Rhodes, Rethymnon, Herakleion and Corfu, architectural monuments of Venice and Magna Grecia, Byzantine and Post-Byzantine Monasteries in Athens, Mount Athos, Creta, Serbia and Kosovo, the Temples of Eleusis, Thission in Athens et als. She has been scientific coordinator of more than 100 National, European and International research competitive programs and author of 5 books, 22 chapters in books, editor of 15 special editions and author of more than 500 scientific publications. She has an h-index of 34, with more than 25.000 readings and two billion views of her work. She has been at the forefront of initiatives for sustainability, local development (with strategic Program Agreements) and youth employment by knowledge alliances within the synergy Education – Research – Innovation. In 2012 she was awarded the “YPATIA” Award by the “Association of Hellenic Women Scientists”. In 2015 she was conferred by His Beatitude, Patriarch of Jerusalem and All Palestine, Theophilos III, of the honorary title of the Supreme Taxiarch of the Equestrian Order of the Holy Sepulcher. In 2017 she was honoured by the European Society for Engineering Education – SEFI Fellowship Award. In 2019 she was awarded by HE the President of the State of Palestine, Mr. Mahmoud Abbas, the Medal of Honor and Distinction “Golden Grace”, in recognition and appreciation for the preservation of the World Human and Cultural Heritage. In 2019 she was awarded in Vatican City the “Giuseppe Sciacca” International Award, for the prize in Science.

Any cookies that may not be particularly necessary for the website to function and is used specifically to collect user personal data via analytics, ads, other embedded contents are termed as non-necessary cookies. It is mandatory to procure user consent prior to running these cookies on your website.